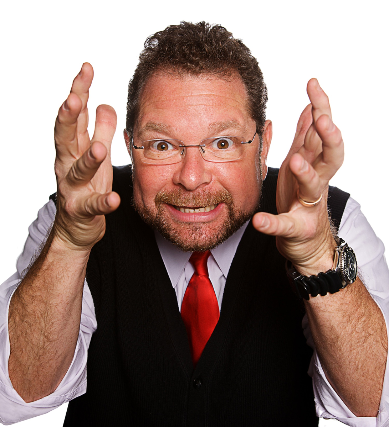 As a stand-up comedian for 40 years, Joey Kola has performed for hundreds of thousands of people throughout his career in the US, Canada, and England. Joey's topical and timeless material always makes his audiences laugh hard. His high energy, spot-on punch lines, and fast delivery assault an audience like a comedic freight train.

Joey has been voted Best TV Comic 5 years in a row by Time Out NY magazine. He has warmed up many shows, such as "The Rosie O'Donnell Show," "Who Wants To Be A Millionaire" with Meredith Viera, "The Late Show With David Letterman," "The Apprentice" and "Survivor" Finales, "The Jane Pauley Show" and CBS's "Wake-Up with Ali and Jack," "The Marriage Ref" produced by Jerry Seinfeld, "The Late Show" with Stephen Colbert and "The Chew." Joey continues to be a "regular" warm-up for Rachael Ray.

George Carlin called Joey "One of the strongest comics I've seen." one of the hardest working comics in show business today, over 300 shows per year for the last 40 years; Joey also finds time to write for other comics. Joey has also toured many casinos with the cast of the Sopranos as part of their live show "Comedy You Can't Refuse." And Comedy and Conversation with The Sopranos.

Kola continues to make audiences laugh today. Joey's family, his wife, and two kids are excellent sources for most of his material. Joey Kola can play to any crowd, young or old; his material is versatile. He can work 'clean' or 'blue.' Joey loves to promote his shows. Millions have enjoyed his radio spots on various stations around the country.

Written about in many news articles, magazines, and the internet, Joey continues to please a wide range of people. Joey's likeability is his most vital asset, no matter who the audience is. He always leaves everyone drunken with laughter.

Before she hits the road with Amy Schumer, catch J

Hickory Dickory, get those tickets before we sell

Club Dice Live! A rare area appearance from the le

James Mattern is a National Headlining Comedian an

Laugh it up Tonight at 8:00 PM with Aaron Berg fro

When it comes to killers of comedy, you simply can

Laugh it up with the hilariously raunchy Aaron Ber

Poughkeepsie! Tickets are on sale NOW for Kill Ton

As seen on Vinyl on HBO, Red Oaks on Amazon Prime,