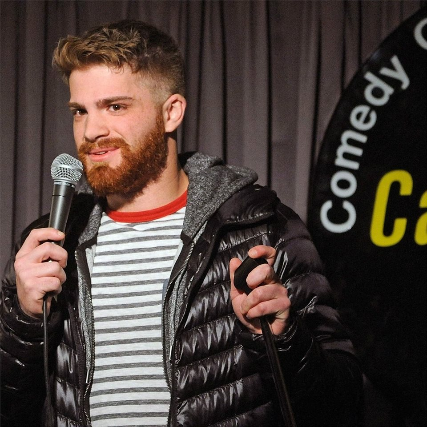 HIGHLIGHTS
At 27 years-old, Mike Sicoli has amassed an impressive resume for even a comedian twice his age. Mike has worked with industry favorites like Pete Davidson, and Artie Lange. He recently won Catch-a-Rising-Star’s funniest comic competition and performs regularly at clubs around the tri-state area including New York Comedy Club, Caroline’s, and the Taj Mahal in Atlantic City. He is also regularly featured on theChive, College Humor, and appeared in Elite Daily’s Gen Why videos. Mike’s wit, fast charm and sharp sense of humor have quickly made him a crowd favorite everywhere he performs. Audience members regularly request him, and those in the industry say they are expecting big things from this talented young comic.